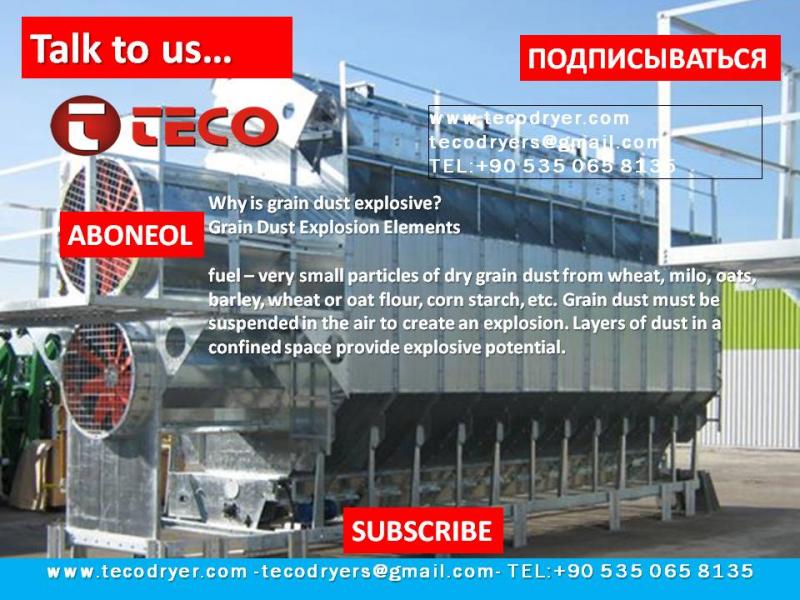 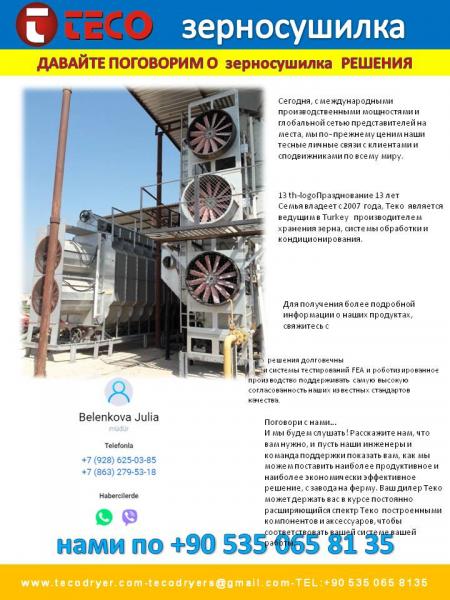 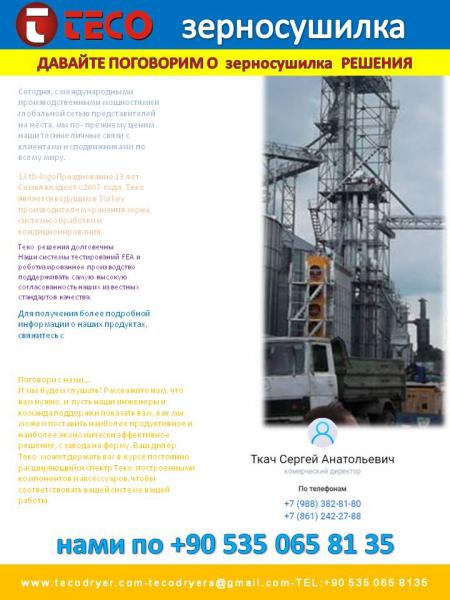 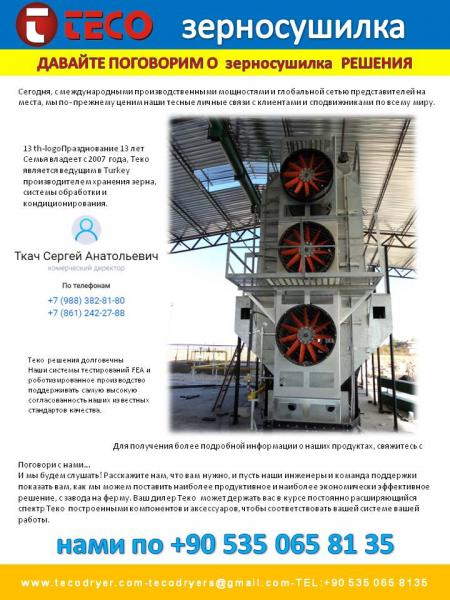 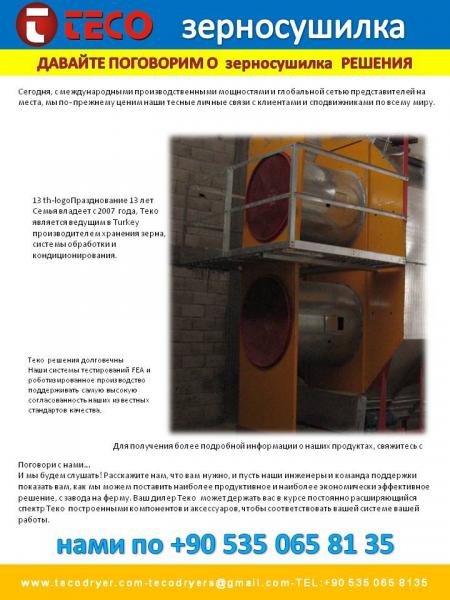 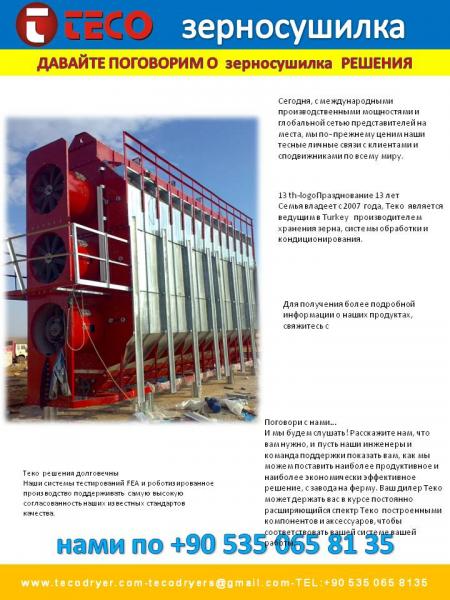 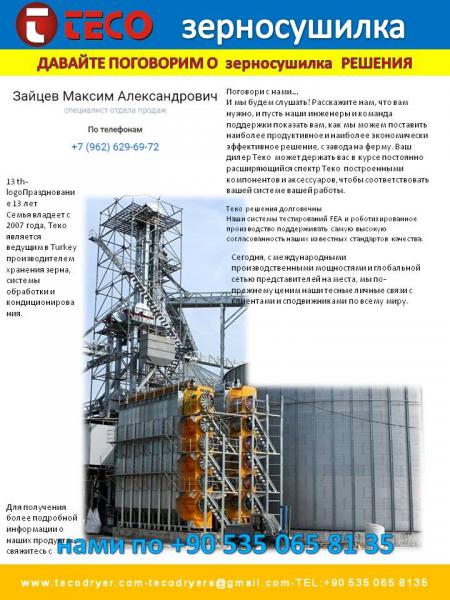 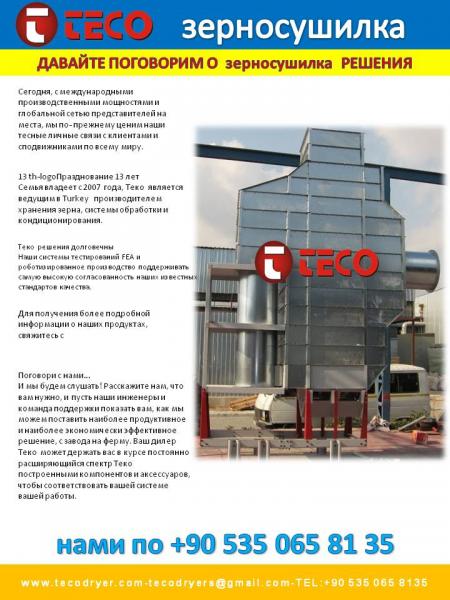 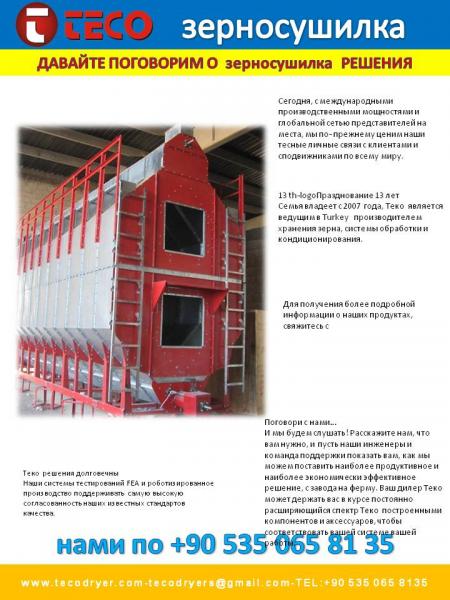 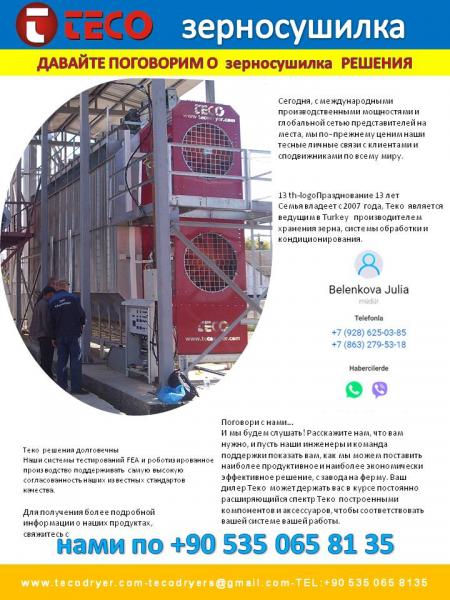 Why get caught out by another wet harvest when TECO Grain Dryers have the solution.

Easy to install and relocate when necessary, TECO Grain Dryers do not require vast expenditure on handling equipment and our Gas Grain Dryers can easily dry up to 168 tons per day automatically, with minimal supervision. Using gas with 3 phase or TECO drive TECO dryers recirculate the grain constantly to dry thoroughly and consistently whilst improving hectolitre weights and augmenting quality.

10 Good Reasons to us an TECO Grain Dryer

Recirculating - Constant mixing for even drying.
Augers - Polishes the grain, improving sample.
Grain Cleaner - Removes weed seeds and broken grains improving hectolitre weight.
Grain is Constantly Moving - Airflow through crop is better decreasing drying time.
Wet or Dry - Can handle and dry the very wettest of grain.
Forced Drying and Cooling - YOU RE in control, grain is ready to sell when YOU want.
Self Contained - Minimal additional handling equipment required.
Quiet - To reduce noise in sensitive areas.
Resale Value - Being portable TECO Dryers retain a high resale value.
Flexibility - Can be adapted to fit into most drying systems.

Why choose an TECO Grain Dryer?

Air flow through the grain

The more air you can blow through grain the more quickly grain will dry and cool, TECO dryers have high capacity fans in relation to the size of the dryer which speeds up drying and cooling decreasing batch time and increasing throughput.

Size of the drying zone

Gas Grain Dryer Features
Gas Grain Dryer
GT Dryers use Liquid Propane Gas fuel for drying heat. A tank or a group of bottles are needed to supply the Dryer with liquid gas which is vaporised within the dryer and supplied to the burner ring. This provides a very clean, easily controllable and even heat which is cost effective and means that the burner requires minimal operator input and minimal servicing. When drying malting barley and milling crops many owners prefer Gas as a fuel for its guaranteed cleanliness and efficiency.

Some of the major benefits you can expect from an TECO portable batch dryer:

Efficient Clean Drying
The gas is piped into the burner unit in liquid form and passes through a vaporising ring before being burnt in a ring burner, as liquid gas expands 100 times to become vapour this ensures high temperatures can be attained easily. As gas burns very cleanly, apart from long term servicing, little input is required by the operator.

Models with the Grain Guard fitted benefit from a menu system which guides the operator through setting his dryer up for a particular mode of operation and for specific crops with example temperatures preset into the controller.
The Grain Guard also has a diagnostic function which controls the fail safes and will highlight the problem if there is one.

Simple Operation
The base models have simple push button and turn dial controls to allow the operator to quickly and easily set the dryer up for work, they also incorporate fail safes to prevent problems in the event of any mechanical failure.

Quiet for Sensitive Areas
TECO Models use a large custom built centrifugal fan to create the airflow required to dry with, as the fan blades do not cut through the air aggressively this produces less noise resulting in a decibel rating of 74 and the ability to work 24 hours a day in noise sensitive areas.

Simple Low Cost Fan
XL models use a propeller type bladed fan to provide the airflow for drying the grain, this is cost effective but has a decibel rating of 104 so it not suitable for noise sensitive areas.

• Controlled emission: combustion fumes do not contaminate the grain
• No special licences required
• The mobile models are fully autonomous and do not require brickwork
• All the mechanical and electronic safety devices comply with European and USA regulations
• The structure as well as all the mechanical components are designed using high-quality materials
• Simple and minimum regular maintenance
• Low consumption
• Possibility of alternative fuels
• Easy to transport on articulated lorries and containers

Drying at mobile grain dryers is carried out in BATCH operation mode. Dryer s chamber is being charged from charging bin and afterward is constantly moving thanks to vertical conveying worm.

Thanks to dual-nozzle burners, our grain dryers enable to keep optimum drying temperature, and prevent from crystallization of grain.
It allows to operate at a maximum cost-effective way.

In addition, conveying worms construction prevent from grain damage at its constant circulation in dryer.

Opening the diaphragm of the second circulation (according to manual)
Launching the mixer
Launching the burner, when the device is in motion
Step 4 - Cooling

Necessary before storing the grain
It works in the same way as drying process ( grain is constantly moving) , but without burner
Step 5 – Unloading

Turn the outlet pipe to enable the unloadin 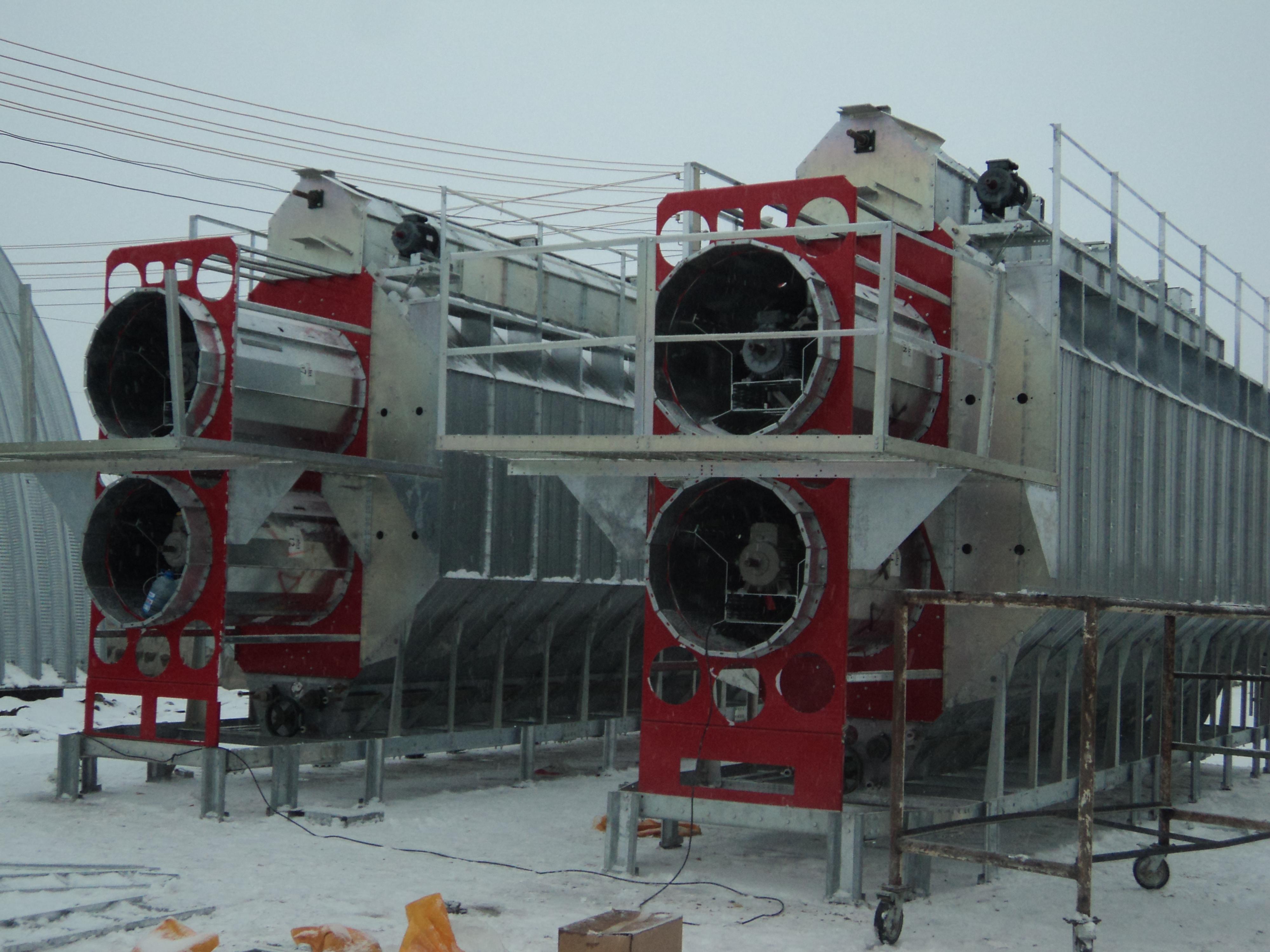 baskets with lids for storage